Every successful individual knows that his or her achievement depends on a community of persons working together.

A little bit of history and facts about Thorpe-le-Soken.

Thorpe-le-Soken stands on a ridge of high ground running from north west to south east between the sea at Hamford Water and the Holland Brook. Two secondary roads cross in the village: the roads from Mistley and Manningtree and from Colchester to the Kirbys and Frinton (B1033) runs along the ridge, while the road between Harwich and the Clacton area (B1414) crosses it. The Conservation Area covers this staggered cross roads, the older part of the village running north west along the ridge, and extends to include Thorpe Hall to the south east.

In common with many of its neighbours, public spaces in Thorpe are enclosed by buildings and trees so that there are few glimpses out to open countryside. The village environment is thus in strong contrast to the extensive vistas generated by modern farming methods on the Tendring plateau.

A snapshot of village life covering events up to 1990 is captured in a volume titled :-

Published by our former village Recorder and Historian the late Mrs Pearl Londsale.

The Village Magazine is published monthly on 1st of the month. It is can be delivered in the village for a modest subscription or may be purchased at Tesco for 40p. It is also available in libraries within the Tendring District. For further details please contact THE EDITORIAL TEAM. 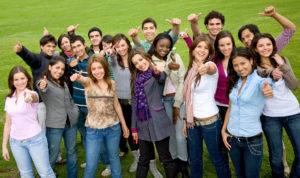 If you’re part of the Thorpe community and you want to submit anything for consideration to this website, please email us and we’ll be happy to consider any articles, events or images you would like to see included.

How many people live in Thorpe Parish?